When it goes wrong...

In 2012 I was training as a Hypnotherapist. I needed to practise and in a moment of bravery I posted on Facebook for willing volunteers. As a student I was insured to practise so long as I wasn't paid. People travelled up to 3 hours for sessions & I was lucky to gain a lot of experience in the months that followed.

Although I was seeing people for phobias, self esteem, fertility relaxation and other issues - weight loss was by far the most popular. I learned a lot from my lovely volunteers, but it didn't always go to plan. From delivery drivers hammering on the door halfway through hypnosis, to the cat coming downstairs and sitting on someone in trance - I had my share of teething issues!

One evening a weight loss 'client' came for session 4 - the Gastric Band 'Operation' session. It was my first one & I was extremely nervous, but doing my best to appear calm. My husband had been sent to Sainsbury's & promised not to return within an hour and a bit. It was snowing lightly, but the cat was nowhere to be seen, so I locked the cat flap & unplugged the house phone so as not to be disturbed.

The hypnosis was going fine, until the cat decided to repeatedly head butt the cat flap in protest at being locked out. I couldn't let her in because my client had a cat allergy, but she was making so much noise that I thought my client must be thinking "we'll this isn't working" and my panic started to rise. I lost my place in the script & tripped over my words, carrying on with a sinking feeling, stammering something about 'noises in the background are just a signal to relax even further' but I had lost my confidence. That's when my IBS kicked in - oh dear God no! I suggested that she needed a few moments to allow the changes in her unconscious mind to take effect, then tiptoed to the bathroom while she was still in hypnosis. I realised I was now running late & silently sent a text to my husband saying 'please wait until I call you - we're still going'.

Coming back from the bathroom, I felt totally defeated & incompetent, but she was still looking totally relaxed, so I carried on with the script and brought her out of trance. To my utter amazement she said "Well I'm really glad I had it done". I couldn't believe it! I just smiled & after a chat she left - leaving me reeling from the anxiety! I thought she was just being polite.

My poor husband had now been sitting in the snowy car park for 45 minutes waiting to come home! I was a nervous wreck & the cat was furious.

My client went on to lose a stone, and I learned that everything that goes on in my head does not necessarily affect my client. Of course now I am glad I had these experiences - but if you're new and practising, I would say just enjoy it, no one notices the odd tongue tied moment or background noise and mistakes are just learning points. Have a go and if someone really wants to be hypnotised, chances are they will be! The fact they even turn up shows they have faith in your ability and are at least curious, as well as keen to relax.

Yes I had some practise clients (2 in fact) who seemed a bit underwhelmed. They enjoyed the hypnosis but weren't making changes. Blaming myself I saw my supervisor who pointed out that perhaps they weren't ready or willing to lose weight. One was stressed at work & had been ordered to lose weight by their doctor, although he didn't want to & the other one had so much going on that she really didn't have time to focus on herself. Perhaps they wouldn't have paid to see a Hypnotherapist, and perhaps it meant I wasn't a total failure after all!

5 Reasons dieting could make you fatter.

Why we can't stop eating! 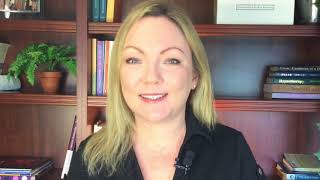 How Social Media Impacts Your Self Esteem

Are You Kind to Yourself?

5 Reasons dieting could make you fatter.

How kind is your inner voice?

Why we can't stop eating!

Past Life Regression - Fact or Fiction?